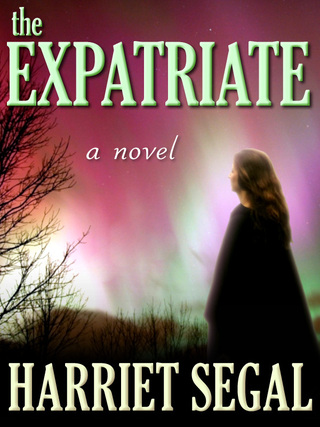 When Alexa (Alex) Summerfield sails from Boston in 1934 to study Art History at Oxford University, she could never have imagined that it would be more than a decade until she sees her homeland again.

Orphaned at two, Alex was brought up by her Boston Brahmin grandparents. It is not until she is twenty, on the day of her grandmother's funeral, that Alex discovers a startling fact: her mother was Jewish. Shocked, she confronts her uncle, who is her guardian. Why was she never told? He assures her that it makes no difference, but Alex can't help but feel that something so fundamental must have a profound effect on her life.

While doing research for her graduate thesis, Alex travels to Nazi Germany. In the ugly anti-Semitic atmosphere, she feels vulnerable with the new knowledge of her Jewish heritage. Determined to pursue an elusive work of art, Alex spends several months in Austria, where she falls in love with the scion of a heraldic family, heir to his unmarried uncle, a baron. Their idyllic life is shattered when Germany marches on Austria, and they are torn apart by the advent of war. The events that follow reveal the depths of depravity in human nature, as well as selfless acts of valor.

Despite having led a sheltered existence, Alex emerges with "the strength to withstand the starkness of terror, the ring of jackboots on cobblestones, the waiting in the night for a knock on the door."

"If you like long, interesting stories about the drama of history and the ways of men with women, author Harriet Segal has written a book just for you. THE EXPATRIATE is a novel about the European scene before, during, and after the great war of the twentieth century. It has an absorbing story line, a classical romance, and a wonderfully researched depiction of the era’s historical chaos. And thanks to e-book magic,it is as light as a feather and an inexpensive bargain. Perfect for a long trip, a vacation, or stolen hours at home. Read it!"

—Noah Gordon
Author of THE PHYSICIAN


"The Expatriate is a book about the tumultuous years before, during and after World War II, and the swirling social forces and wrenching personal struggles that bring alive that era—told with Harriet Segal's characteristic passion, insight and deftness. It's about time Segal gave us another novel to enjoy...you will be transported by a great story well told."

—Larry Tye, a former Boston Globe reporter, is the author of the recent bestseller Satchel: The Life and Times of an American Legend.


"In its wonderfully detailed progress, THE EXPATRIATE explores the several meanings of expatriation—from the land, the homeland, the loss of possessions and heritage and then of life itself. Its indomitable lovers lose all but their integrity, and the story of their struggle is both a public and a private history: Europe and the human heart at war. Harriet Segal here offers us a tale of great geographical range and real emotional depth."

THE EXPATRIATE
Harriet Segal's new novel, is published as an eBook. It is a tale of international intrigue and danger, espionage and heroism…and undying love. Set in World War II Europe, its main characters are involved in the OSS and the Austrian Resistance.

SUSQUEHANNA
A river can tell many tales...of New World dreams and Old World traditions, of forbidden passion and imperishable love.
CATCH THE WIND
The love story of two doctors who work on the World Health Organization campaign to eliminate smallpox.
SHADOW MOUNTAIN
The story of two beautiful Southern women bound by ties of blood and jealousy...and love for the same man.
THE SKYLARK'S SONG
Torrid affairs, crumbling marriages, and scandalous legal wranglings threaten to tear a family apart.
Authors Guild
Advocates for published authors since 1912
Loading…}