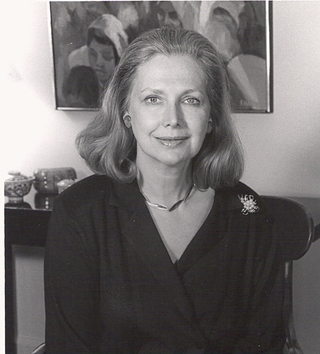 From the author of Susquehanna, Catch the Wind, Shadow Mountain, and The Skylark's Song comes THE EXPATRIATE, an epic saga of an unforgettable American woman who is caught in the maelstrom of World War II. This novel is currently on sale for electronic readers.


As a girl in Wilkes-Barre, Pennsylvania, Harriet Segal wrote plays, poems and short stories for school publications. After graduating from Wellesley College, she had various jobs as a copywriter, a journalist, and free-lance editor. Living in India during the early 1960s with her scientist husband, she wrote pamphlets for the U.S. Information Agency. But it was not until her three daughters were in high school that she began to pursue a lifelong dream: to write a novel.

SUSQUEHANNA was published in 1984 to critical acclaim. The generational saga of an immigrant family from Eastern Europe, it is set in the anthracite coal regions of northeastern Pennsylvania, where Segal grew up. It was soon followed by CATCH THE WIND, the love story of two doctors, with rich backgrounds in Peru, Paris and India. Next came SHADOW MOUNTAIN, a novel of the American South, which was a Book-of-the-Month Club selection; and THE SKYLARK'S SONG—a Good Housekeeping Novel of the Month—the story of a woman whose life is a testament to the endurance of the human spirit.

Harriet Segal has been described as a story teller with a strong narrative voice and a talent for painting evocative settings and memorable characters. The mother of three daughters and grandmother of seven, she has recently moved from New York to the Boston suburbs, and spends her summers on Cape Cod in the scientific community of Woods Hole. She is currently at work on a novel about the world of medical research.

THE EXPATRIATE
Harriet Segal's new novel, is published as an eBook. It is a tale of international intrigue and danger, espionage and heroism…and undying love. Set in World War II Europe, its main characters are involved in the OSS and the Austrian Resistance.

SUSQUEHANNA
A river can tell many tales...of New World dreams and Old World traditions, of forbidden passion and imperishable love.
CATCH THE WIND
The love story of two doctors who work on the World Health Organization campaign to eliminate smallpox.
SHADOW MOUNTAIN
The story of two beautiful Southern women bound by ties of blood and jealousy...and love for the same man.
THE SKYLARK'S SONG
Torrid affairs, crumbling marriages, and scandalous legal wranglings threaten to tear a family apart.
Authors Guild
Advocates for published authors since 1912
Loading…}